Vaping has become popular over the past few years. We have watched many longtime smokers make the switch. Why? Because they find enjoyment from no longer smelling like smoke. Most importantly, they know they aren't filling their lungs and bodies with tar. They also prefer the juicy flavors that are available when vaping. Even people who have never smoked a cigarette a day in their life have picked up vaping thanks to the wide range of delightful flavors.

It's understandable that some people don't like being around cigarette smoke. It leaves behind a stale smell, especially in rooms where there is a lot of smoke. It's also notorious for sticking to clothes and furniture. When vaping, this unpleasant smell is no longer a concern. In fact, a lot of vape juices smell just as good as your favorite candle.

For some people, though, vape smoke is just as bad as real cigarette smoke. This is a primary reason that so many places still ban the use of vapes indoors.

If you're a vaper or thinking about making the switch, you're probably wondering when and where you can vape. While most restaurants across the nation have banned smoking tobacco inside, many of them do allow vaping. But what about on planes? Can you bring your vape when flying across the country? Keep reading to find out.

There is a health risk associated with secondhand vapor. There haven't been enough studies to determine whether or not vaping around others can impact their health if they inhale the vapor. Why does this apply to vaping on a plane? Because health officials cannot confirm whether vaping on a plane puts others at risk. Therefore, it isn't allowed.

Flying With a Vape Pen 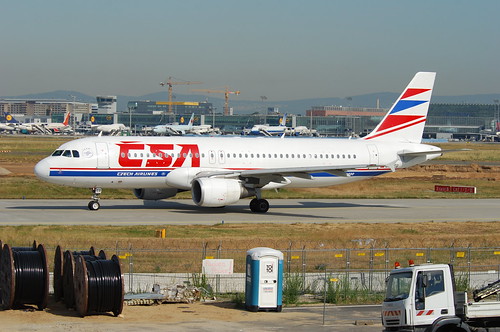 Rules regarding this issue have changed several times over the past few years. If you're confused about whether or not you can bring a vape on a plane, you're not alone. You're also not alone if you have a dire need to bring your vape with you when traveling by air. For most people who vape, having their vaping device with them is just as important as a smoker having a pack of cigarettes on hand.

To give you a clearer understanding of whether you can bring a vape pen on a plane, let's look at the answers to some questions you probably have.

Can People Vape at an Airport?

There is no clear-cut answer to this question. Rules regarding smoking differ from one airport to the next. Some airports allow smoking inside in designated areas. Others make smokers go outside. If you're at an airport that has an inside designated area for smoking, feel free to vape in that area.

If the airport doesn't have an indoor area, you'll need to ask if there is an outdoor area for smoking. You may discover that any place outside the airport is okay for smoking and vaping. Or you may find that there is a designated area outside that you must go to.

There are three airports in the United States where vaping inside is illegal. If you get caught trying to vape while inside, you may find yourself in big trouble. You could also get yourself banned, meaning you won't be able to make your flight. These airports include:

Three cities that are known for being completely okay with letting travelers vape inside the airport include:

Vape on a Plane

Yes, you can bring your vape on a plane! Just having it with you is sure to make you feel better, right? Do keep in mind, though, that regulations vary from one airport to the next as well as your destination. The key is to never hide your vaping device or the e-juice. Even though you can bring it on the plane with you, you will not be allowed to vape on the plane.

There is an exception to not being able to vape on a plane. If you're flying on a private plane or jet, the rules may differ. There's a good chance you can vape on a private jet. It all depends on the pilot and the airline's rules. If you absolutely feel that you can't go without vaping during your time in the air, you'll want to book a flight on a private jet that allows vaping. This is going to cost you a pretty penny, but it's entirely up to you and your preferences.

Are Vapes Allowed on Planes?

This is another very important question that you will need a clear answer to. Just because you can bring a vaping device on a plane doesn't mean you can get it aboard in any manner. You'll need to have it either on you or in your carry on. Under no circumstances are you allowed to put in a bag that you're checking in to have stored under the plane. You are only allowed to have it with you in the aircraft cabin. This applies to any vaping device that is battery powered. It also applies to:

Your airline may have other restrictions in place, as well. You will need to call ahead and ask the exact rules that you need to follow. You don't want to bring your vape with you only to have to throw it away or pay to mail it to your next destination. You'll also want to take your vape out of your carry-on bag when checking in at the gate. This allows the airline to inspect your device.

Why Does a Person Have to Have the Vaping Device in the Cabin?

The reason behind making you have your vaping device on you is because the airline wants the batteries in the pressurized part of the plane. It used to be that vaping devices could be left in checked luggage. However, there were instances in which the batteries in the devices exploded because they were in a part of the plane that wasn't pressurized.

Putting them under the plane also leads to an increased risk of overheating, which can cause them to explode. Think about it. Your bag gets tossed under the plane with a hundred other bags stacked on top of it. Imagine all of the heat that builds up in your bag. It's no wonder the device can potentially overheat.

Can You Take E-Liquid on a Plane?

This is another question that doesn't have a clear answer. Generally, yes, it's okay to bring e-juice with you on a plane, but there are restrictions that you must follow. The most important thing to remember is that you need to bring it aboard the plane with you in the cabin. You also need to keep it in a clear bag so it can be inspected. Not only does this make it easier for airport personnel to inspect the e-juice, but it also ensures the liquid doesn't spill everywhere if the container bursts.

According to TSA guidelines, you can bring a quart-sized bag on the plane with you. In this bag, you'll need to keep any:

Each item you store in the bag cannot be over 3.4 ounces. If you are bringing more than 3.4 ounces of e-juice, you'll need to call your airline to see if you can put it in your checked luggage.

It's important to remember to check the expiration date on the liquid. Many foreign countries will not allow you to have expired juice. You can easily steer clear of this problem by bringing only new bottles of juice with you.

Can You Take a Vape Through Airport Security?

Yes, you can take a vape through airport security. There are several tips you can follow when traveling with vaping devices and e-juice on a plane. These tips only apply to ensure you are able to travel without issue from one destination to the next and also to help you properly store your items.

First, clean your vaping device before you leave the house for the airport. There's nothing worse than getting to your destination or inside an airport where you can vape only to discover you have to spend precious time cleaning your vaping pen. Make sure all components are thoroughly cleaned before leaving. It's also best to pack each part in a separate bag. There's a good chance airport security will want to take your vape apart, so it's best to have it already apart for them.

Secondly, and once again, make sure to check the dates on your e-juice. While you're doing this, you can also look over your bags to ensure you have all parts properly packed and ready to go. It would be awful for you to get to an airport where you can vape or to your destination to discover you're missing a coil or other important part. Many airports sell vaping devices and parts, but the cost is going to be outrageous.

You'll also want to make sure the entire device is disconnected. The batteries should be disconnected from the atomizer as well as the cartridge. This makes it easier during the inspection and check-in process. It also helps you save battery life.

Another tip is to be as discreet as possible with the vaping device. As mentioned before, you most definitely don't want to hide it, but you also don't want to flash it around either. There are lots of neat, little cases that are designed specifically for traveling with a vaping device. They even come in clear cases. To top it off, these cases have separate housing components for each part of the device and your e-juice. The cases make it super simple to keep everything sorted.

Putting your device in a traveling case is also a smart move because it helps ensure that it's not exposed to dirty air particles. Many of the cases are built much like cell phone cases, meaning if you drop it, you don't have to fret about your vaping device getting broken.

Can you take a vape when flying internationally? Here's yet another question that doesn't have a clear answer. Contact your airline before you head to the airport with your freshly-cleaned and nicely-packed vaping device. Ask if you are allowed to land in your destination with a vape.

All airports have their own rules regarding vaping. At the Hartsfield-Jackson Atlanta International Airport, you can vape inside as long as you're in a designated area for tobacco smoking. At the Heathrow Airport in the UK, you'll have to go outside to vape. Not just any place outside will do, either. You'll need to find a designated smoking area. At the Frankfurt Airport in Germany, you can vape inside within a designated smoking area. Interestingly, there is no age restriction on vaping in Germany.

Can a Person Bring a Juul on a Plane?

Similar to vaping devices, you will not be allowed to use a Juul on a plane, but you can bring it with you. It has to be brought in the cabin with you and cannot be stored under the plane.

The smartest to choice to make when wanting to bring a vaping device with you on a plane is to contact your airline well before your departure date. This gives you time to plan ahead. You can also ask about the various airports you're going to be visiting to determine whether you are allowed to vape inside or outdoors. This helps you know whether to go looking for one of those areas in between catching flights.